The speculation is finally confirmed…gamers everywhere got a collective woody today as Blizzard announced their latest project, Starcraft II. The announcement came after a week of the company teasing customers on their website with a timeline of their major projects with a big question mark in the 2007 slot. 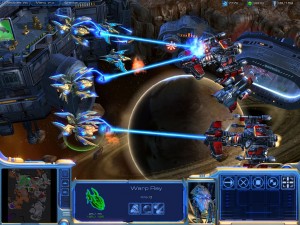 For months the company has alluded to Stacraft II’s development, but no one noticed that Blizzard purchased www.stacraft2.com until recently. You can now find the cinematic and in-game trailers on that website.