Past achievements and what have you 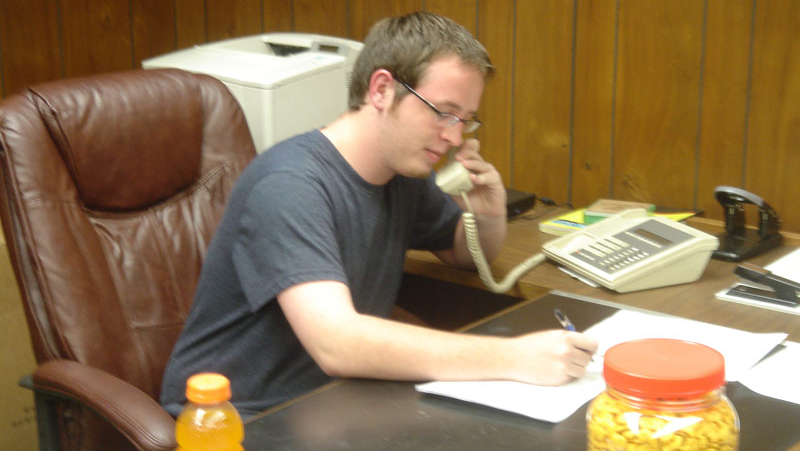 Many of these things would not have been possible without the help and generosity of others. I try and pay it forward where I can. Specific call outs to past teachers, professors and support staff:

FBLA: The Future Business Leaders of America
SkillsUSA-VICA: The SkillsUSA Competition of The Vocational Industrial Clubs of America
STLP: Student Technology Leadership Program
CH1 SPW: Channel One News Student-Produced Week (unfortunately the program went off the air in May 2018)

*=Team event, because you can go further together

I was active in my school district’s STLP from 1992 through junior high and won various tech fairs. A 2001 win qualified me for a trip to Louisville to teach teachers how to better PowerPoint. The following summer (2002) the teachers just invited me to attend the same professional development course as them - Web Programming with HTML and JavaScript at Lexington Community College. Through STLP I became my junior high’s webmaster. Then with that experience, my high school’s, my college department’s and the rest is history, eventually leading to this site! 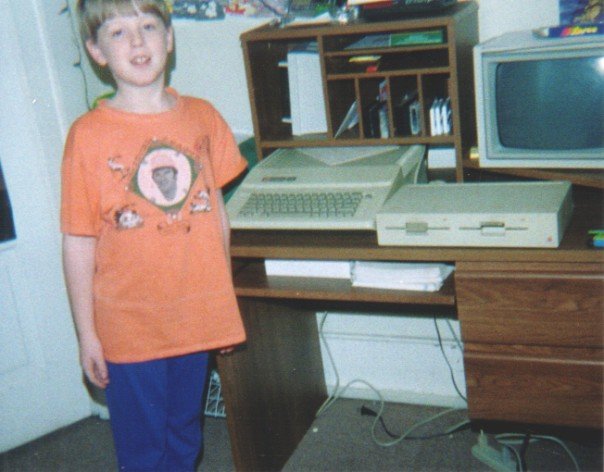 Apple IIe I rescued from a school dumpster

I was raised in poverty in the city of Covington, Kentucky. “Covington is a Democratic stronghold right across the Ohio River from Cincinnati … With its bars and restaurants and proximity to downtown Cinci, [Covington] attracts a mix of Millennials, empty-nesters, rich business leaders and bohemians” (USA Today). I grew up in Austinburg, a historic neighborhood on Covington’s east side that stretches from 17th to 21st streets, next to the Wallace Woods and Lavassor Park neighborhoods. This is where I met my best friends growing up. I attended Sixth District Elementary, Holmes Junior High School, Holmes Senior High School and Chapman CTC, and spent my Saturdays and Sundays at St. Benedict’s Cathedral and Eastside Church of the Nazerine. I am truly the product of Covington’s great education and moral instruction systems.

You cannot know me without knowing where and how I grew up - from fishing on the banks of the Licking River to watching the WEBN Labor Day fireworks each year on the Ohio River, this place gave me the perspective that I have on life, which I’ve found can be radically different from the hordes of people “growing up in the ‘burbs” these days. I did not have anything handed to me and I had to work my butt off to get where I am today. I had to support myself financially by age 15 and would have been working since I was 12 if child labor laws didn’t forbid it.

My branch of the Feeney Family immigrated from County Sligo, Ireland to New Jersey in the early 1900s. I think I’ve found most of my long-lost family members who stayed in Ireland or immigrated to England, but if you think you’re one of these get in touch! On my mother’s side I’m the descendant of Appalachia’s earliest pioneers. You can read about her youth in the farmland of Grant County, KY and how she tried to teach me those same lessons in the city in “Jack in the City”, the book accompanying the play by the same name that we performed in during the 1990s.