Digging Deep: Where are our GPS navigation units with built in radar detectors?

Driving down I-75 in Cincinnati, you see billboards for the latest line of radar detectors featuring speed trap alerts powered by GPS. But whatever happened to GPS units with built in radar detection? 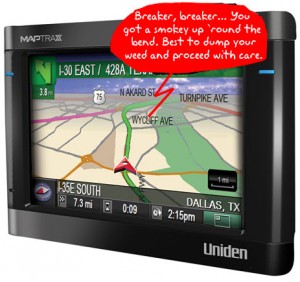 Months prior to CES 2008, Uniden announced their new lineup of GPS units using NAVTEQ™ maps and featuring radar detection and Bluetooth compatibility. According to the press release, four lines were set for release in 2007 with more models due out in 2008. We’re now wrapping up 2009 and only two of the original lines are available, with no new models even sketched out as far as us consumers know. Unfortunately, neither available unit features radar detection or Bluetooth according to the Uniden website. 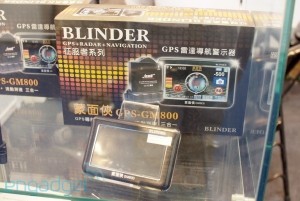 The Blinder GPS+Radar+Navigation, not yet for consumer sale. Expected to cost around $367 USD.

The Blinder is built on WinCE (really? why?) and can have up to two navigation databases installed at once. The radar detector is detachable and communicates to the GPS via RF, with the GPS saving the radar locations for future alerts. It’s likely to only come with Asian maps at launch, so you’ll have to download and install your own US maps. 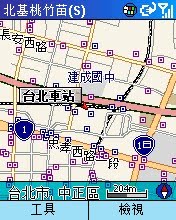 PaPaGo, formerly known as KingMap, is likely to ship with the device. And this graphic was from the US version!

There are numerous reasons for merging the two devices most commonly found on car dashes or mounted to car windshields - safety, convenience, utility, you name it. But for now, it looks like we’ll all still be buying our GPS and radar detectors separately. If you find a GPS with built in radar detector actually for sale, please post a comment!